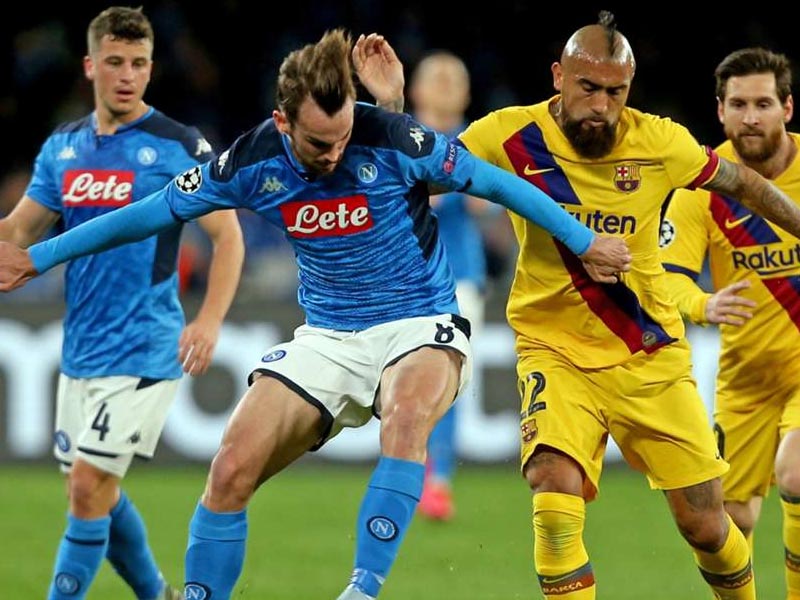 Returning from Napoli with a 1-1 draw, Barcelona gained an advantage before the return match.

In the first match of the last 16 rounds of the Champions League, Barcelona hosted Barcelona. The struggle ended 1-1 with mutual goals.

The host, who started the fight well at the San Paolo Stadium, became the host. Napoli, 30 minutes Dries Mertens' goal closed the circuit 1-0 ahead. Mertens caught Marek Hamsik, the player who scored the most goals in official matches in Naples history with his goal sent to Barcelona networks (121 goals).

Barcelona, looking for a draw in the second half, found the goal in 57 with Antoine Griezmann. While there were no other goals in the remaining minutes, Arturo Vidal was out of the game with two yellow cards he saw in a row due to his foul and the discussion with the referee in 89.

On the other hand, Sergio Busquets, who received a yellow card in the 49th minute in Barcelona, was suspended in the rematch match at Camp Nou on March 18.