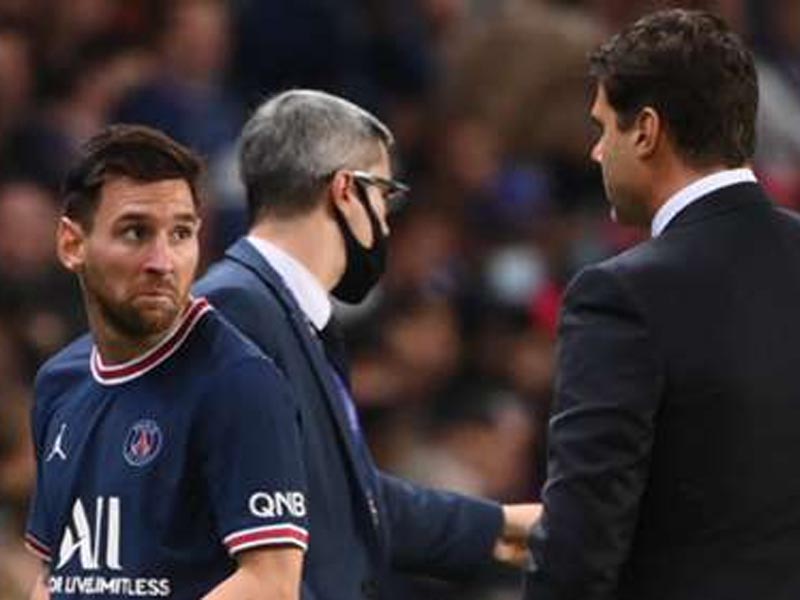 The Argentine football player was quite unhappy and confused when he left the game.

PSG Coach Mauricio Pochettino defended himself after Lionel Messi's reaction when he was removed from the game in the match against Lyon on Sunday.

The Argentinian coach emphasized that the coaches are there to make decisions.

Messi, who was in the top 11 for the first time in Ligue 1 with PSG, looked angry when he was removed from the game in the 75th minute and seemed to be saying something to Pochettino as he made his way towards the club.

While the match continued 1-1 while Messi was out, Mauro Icardi brought the victory to his team with a goal he scored in 90+3.

When asked why Messi was removed from the game at the press conference held after the match, Pochettino said:

"Everybody knows we have great players on the team.

"We have a very rich team of 35 people. Then we have to make choices. First we have to decide on the starting 11 and then on the changes.

"Sometimes these choices work, sometimes they don't. But that's why we're standing in front of the bench thinking about what to do. Whether things go well or not, you have decisions to make. Like it or not."