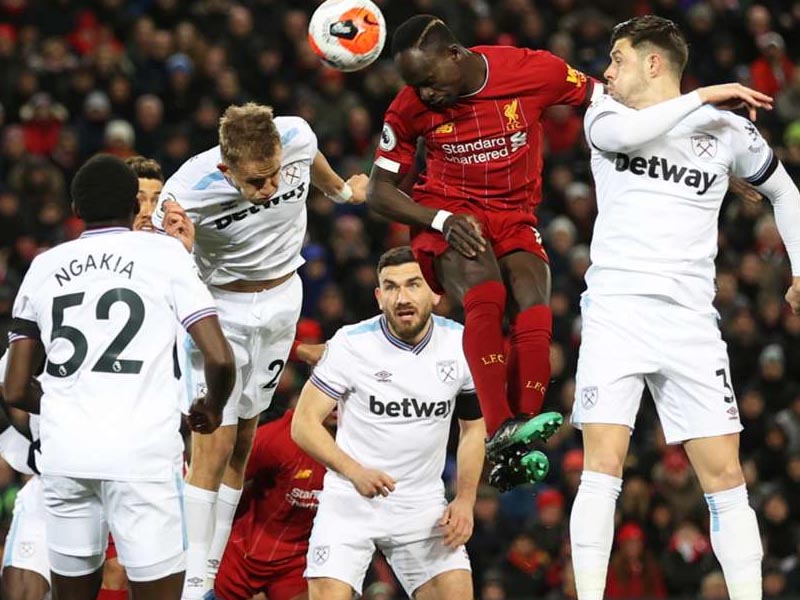 Hosting West Ham in the 27th week of the Premier League, Liverpool defeated the opponent 3-2 in the defeated match and continued the streak.

Liverpool hosted West Ham United in the closing match of the 27th week in the Premier League.

Liverpool started the match well, took the lead in the 9th minute. Wijnaldum, who was hit by a close range in the middle by Trent Alexander Arnold, was able to send the ball to the nets.

West Ham, who was quick to respond to his opponent, scored his equality goal in just three minutes. Moving to the front post on the corner kick used by Snodgrass, Diop recorded the goal that brought the balance to the score with a very difficult head kick.

Liverpool could not find the goal in the remaining sections, while the first 45 minutes ended with an equality of 1-1.

Starting the second half well, the visiting team took the lead in the 54th minute. Pablo Fornals, who had a proper shot in the penalty area from Rice's right-wing attack, managed to send the ball to the nets.

Liverpool's attacks, which survived the shock of the goal, tightened. After 68 minutes, Robertson swung the attack from the left wing and Salah took the ball out of the last line, but West Ham's goalkeeper Fabianski missed the ball, but the shot came back into balance.

The goal that put Liverpool forward again came in the 81th minute. Following the position as Gomez bounces away from the defense from the distance, Sadio Mane sent the ball from the last line to the goal area and sent it to the empty goal, bringing the score to 3-2.

86. Mane's ball sent to the networks did not take effect due to offside as a result of VAR examination. In the last minute of the normal time, the visiting team had a great opportunity, Jarrod Bowen could not beat the goalkeeper Alisson and the match was completed with the home team's 3-2 advantage.

Increasing its score to 79 with this victory, Liverpool continued 22 points ahead of its closest follower Manchester City. Jurgen Klopp's students won their 18th straight streak in the Premier League, while the longest streak won the record.

West Ham United, who will host Southampton in the next game, could not get rid of the falling line with 24 points.