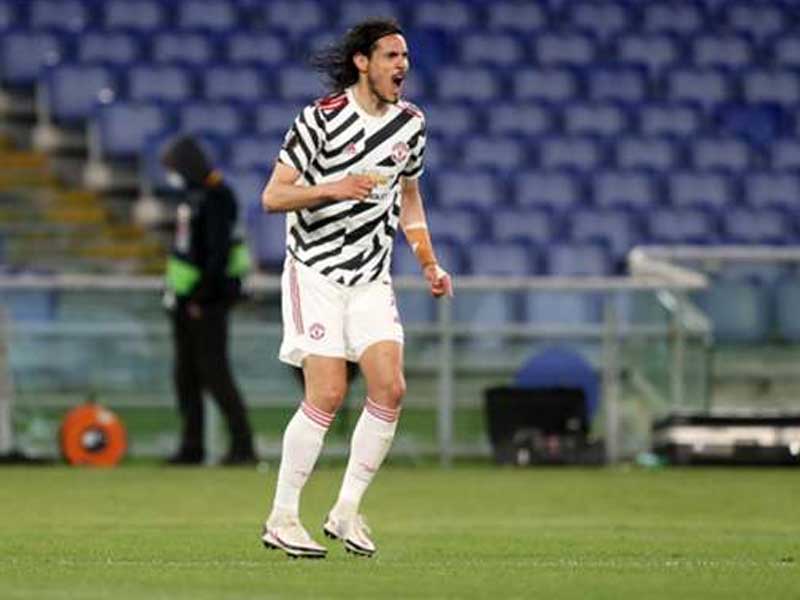 The Uruguayan striker became the first player since 1986 to score at least two goals in both matches of a European cup semi-final.

Manchester United advanced to the finals and became Villarreal's rival as they won their first game 6-2 at Old Trafford, despite losing 3-2 to Roma in the UEFA Europa League semi-final rematch.

Edinson Cavani, who scored two goals in two matches, made history in the Europa League. The Uruguayan centror tied the 34-year European record.

The 34-year-old was the first player to score two or more goals in both legs of a European semi-final since Klaus Allofs, who played for Cologne against KSV Waregem in the 1985-86 UEFA Cup.

The Uruguayan striker has managed to score 16 goals in the last 15 Europa League games where he started the first 11.