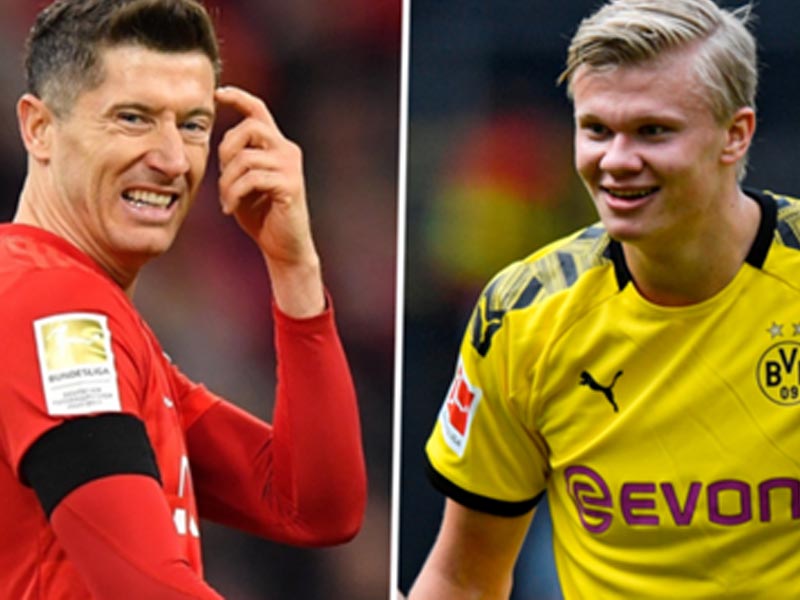 The Polish striker emphasizes that he will play for many years in Bayern.

"I don't have to prove myself in another league," said Bayern Munich star Robert Lewandowski after winning the 2020-21 European Golden Shoe award.

The veteran striker, who made a name for himself in Borussia Dortmund before transferring to Bayern in 2014, is considered one of the best strikers of his generation.

The Polish national player took his performance even higher at the Allianz Arena and proved to be the best of the 2020-21 season.

The star football player scored 41 goals in 29 Bundesliga matches, which he played for Bayern last season, despite not being able to play for a full month due to injury.

In this process, the 33-year-old player surpassed Gerd Muller's title as Bayern Munich football player who scored the most goals in a season, and also won the European Golden Shoe award for the first time in his career, surpassing Lionel Messi.

Lewandowski, who received his award on Tuesday, had the opportunity to respond to the allegations that he would leave Bayern Munich in the recent period.

Lewandowski, whose name is associated with Premier League clubs, especially Chelsea, commented on these rumors:

"I don't have to prove myself in another league. I can compete with the best of other leagues in the Champions League.

"I'm 100 percent focused on Bayern Munich, I don't think about anything but my team."

It was rumored that Bayern Munich would add Erling Haaland to their roster and make Lewandowski's successor in the long run. But the Polish striker emphasized that he has many years ahead of him, ignoring these rumors.

“I am still here and I will be here for a long time!” Age is just a number.

"I feel very good, I have the best stats. I know I can play at the top level for years. I'm like a good wine and I hope to get better."

Lewandowski will be the team's biggest trump card in Bayern Munich's Bundesliga match against Greuther Fürth on Friday evening.