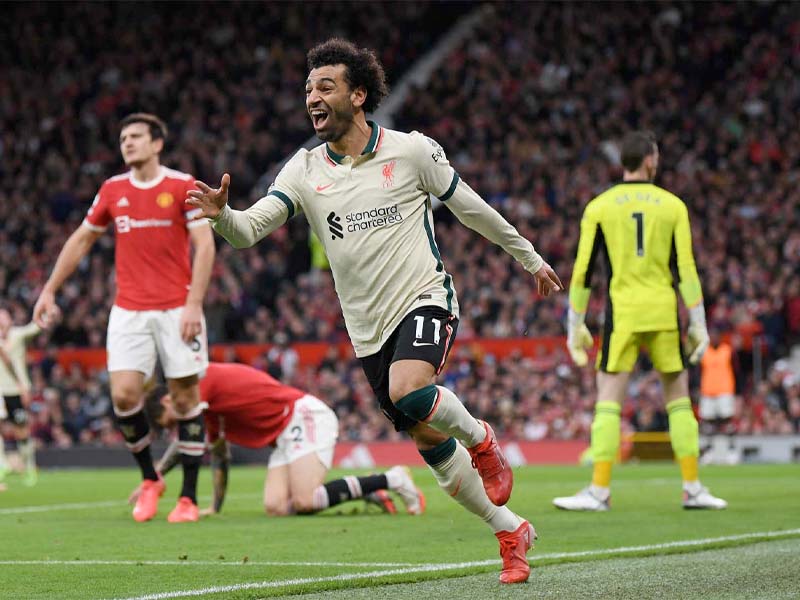 Liverpool star Mohamed Salah continues to have an incredible season.

Liverpool star Mohamed Salah has had a great start to the 2021-22 season and is hailed by many as the "best in the world".

The Egyptian star, who continues to score goals in both the Premier League and the Champions League, did not pass the critical Manchester United match in Old Trafford.

Liverpool managed to take a 5-0 lead in the 49th minute against Manchester United in a difficult away game.

Mohamed Salah was directly involved in four of these goals. The star player who assisted Naby Keita in the fifth minute; 38., 45+5. and in the 49th minutes, he defeated de Gea and lifted the opponent's nets.

With these goals, Salah reached 107 goals in the Premier League and surpassed Didier Drogba with 104 goals to become the top scorer African player in league history.

Another Liverpool star, Sadio Mane, is in the third place of this list with 100 goals. The Senegalese player is followed by Adebayor with 97 goals and Yakubu with 95 goals.